Astle one of four spin options for Sri Lanka tour

There will be no shortage of spin bowling options for the BLACKCAPS Test side on next month’s tour of Sri Lanka – which doubles as the start of their ICC World Test Championship campaign.

The 15-strong squad includes no less than four front-line spinners for a tour that historically and statistically favours the tweakers and twirlers.

That means recalls for left-arm orthodox Ajaz Patel and off-spinner Will Somerville, who will join Mitchell Santner and Todd Astle in a Test squad well-equipped for expected conditions at Galle and Colombo.

Patel and Somerville last played for the BLACKCAPS eight months ago in the United Arab Emirates, while Santner – though active in white-ball cricket, is returning from a knee injury that has ruled him out of the Test arena since late 2017.

“Playing three spinners is an option in Sri Lankan conditions and we believe this group provides the best variations and skill mix on offer.

“England were playing three spinners against Sri Lanka on their successful visit there last year and the slow bowlers also dominated the previous series against South Africa.”

Tom Blundell will act as wicket-keeping and batting cover.

Stead said the BLACKCAPS squad and coaching staff were looking forward to the start of the World Test Championship and the challenges presented by the new structure for Test cricket.

“It’s good timing for us after the World Cup,” he said.

“It was an incredible time for the team and the country, but we’re now excited to move forward as a group and sink our teeth into another opportunity.”

Please see below graphic for an overview of the World Test Championship, including points structure and future opponents.

Following the Test series, the BLACKCAPS will take on Sri Lanka in a three-match T20 International series. 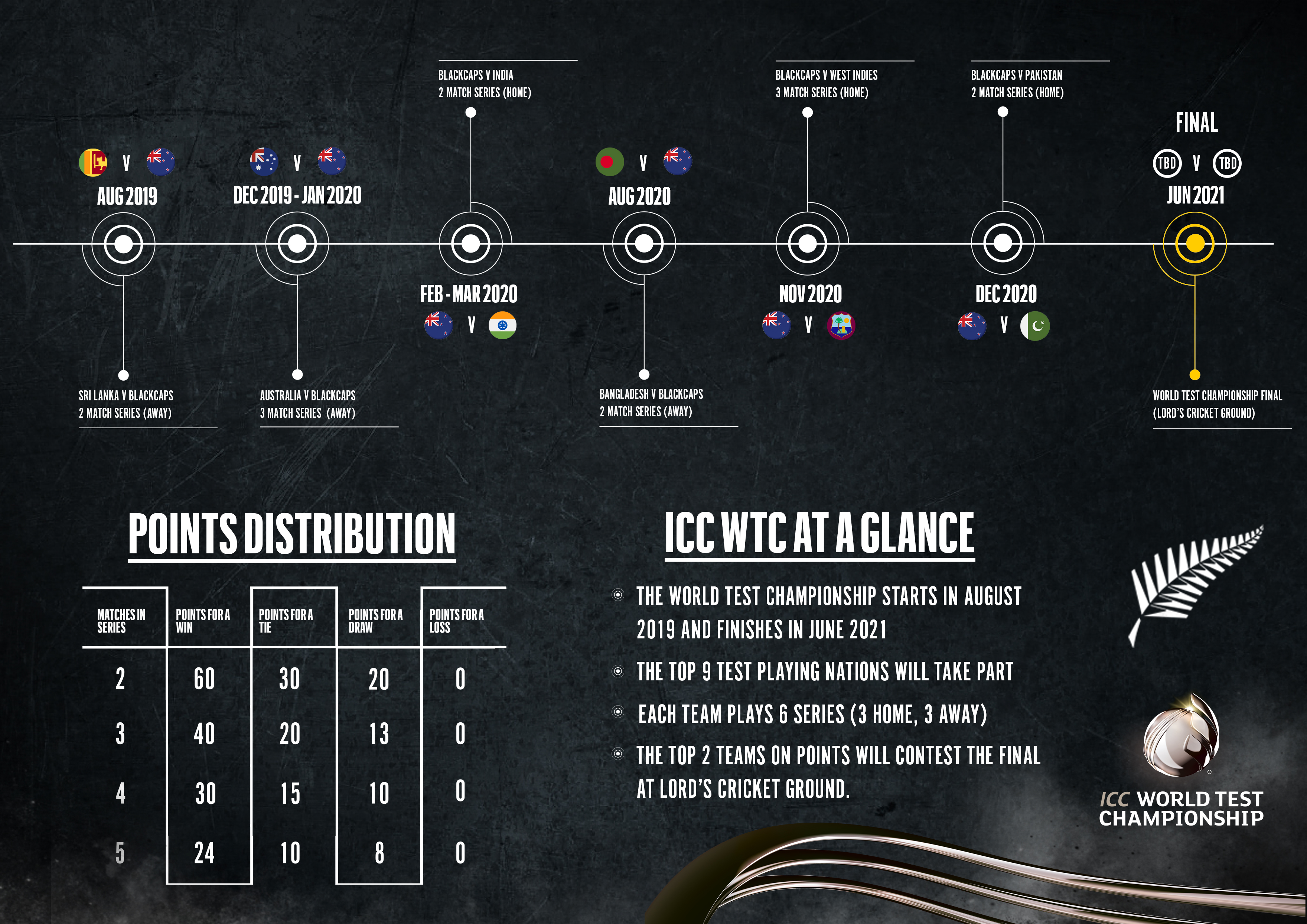