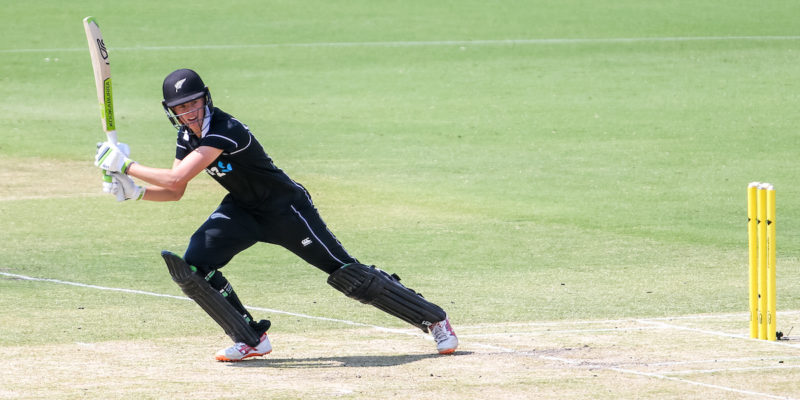 One new and two familiar faces are features of the WHITE FERNS 17-player squad selected to tour Australia next month.

Wellington Blaze leg-spinner Deanna Doughty is a potential debutant, picked in her first WHITE FERNS squad, while Central Hinds all-rounder Jess Watkin earns a recall having last played for the WHITE FERNS in 2018.

Amy Satterthwaite also makes her return to the side and will bolster the top-order batting for the three Rose Bowl One-Day Internationals and three Twenty20 Internationals in Brisbane.

WHITE FERNS captain Sophie Devine said the team were absolutely buzzing at the prospect of getting back on the park.

“The team is extremely thankful to all those involved in making this tour a reality,” said Devine.

“We hope the upcoming ODI and T20I matches can excite and entertain people in what’s been a tough time for everyone.”

Devine was her honest self when asked what she wanted to achieve in Australia.

“We’re definitely going over there to bring back the Rose Bowl,” said Devine.

“The team are under no illusions – it’s going to be a tough task taking on a world-class Australian team. We’re an experienced group and having Amy back in the fold only adds to our batting depth and on-field leadership.

“Every time you pull on the Fern, you do so with pride. The team have prepared well at winter camps and are looking forward to taking on Australia in their own backyard.”

“We welcome Dee and Jess into the environment and we’re looking forward to working with them over an extended tour period,” said Carter.

“We are also thrilled to have Amy back fit and ready to play. She has a proven record at the top of the order and has scored heavily against Australia in the past so her experience will be invaluable.

“The team has been working hard in winter camps over the past few months and it will be good to put what we’ve learnt in those sessions into practice against a top quality opposition like Australia.

“We have a slightly bigger squad for this tour given the strict rules and regulations in the current climate. However, the extra time together will be beneficial for the group and their development as cricketers.”

All matches are set to be played at Allan Border Field in Brisbane with the team to observe strict isolation protocols on arrival into Australia and upon returning to New Zealand.

Leigh Kasperek is currently in the UK and was unavailable for selection due to COVID-19’s travel restrictions.

Anna Peterson was unavailable for selection due to personal reasons.

The team depart for Australia on September 9.

All matches played at the Allan Border Field, Brisbane.